A hunters first deer provides an unforgettable smile into the heritage of our ancesters. Forest Fisher Photo

In the southeastern Hudson Valley (Wildlife Management Units 3F, 3G, 3N, and 4Z) of New York, the proportion of older bucks in the deer harvest has never been higher. In 2017, three out of every four antlered bucks were 2.5 years old or older, and this remarkable accomplishment happened with hunters freely able to choose what type of buck they want to harvest. 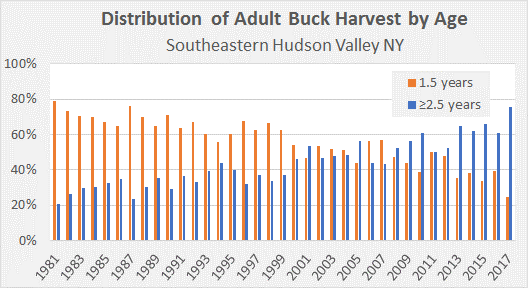 For decades, hunters in this area were accustomed to taking mostly small-bodied, small-antlered yearling bucks, and these 1.5-year-old bucks comprised 65-75 percent of the buck take each year. Around 2000, that tradition really began to change. By 2008, the balance had solidly tipped towards older bucks with more than 50 percent of the annual buck take being 2.5-years or older with larger bodies and larger antlers. In recent years, the ratio has fully flipped with 65-75 percent of bucks being older-aged bucks.

To be sure, other things have happened with this deer population. Overall, there are fewer deer in this area than 20 years ago, and as a result, hunters are seeing and taking fewer deer than they did previously. However, the smaller population size doesn’t explain the shift towards older bucks in the harvest.

Some might suggest the shift towards older bucks is due to fewer hunters or reduced harvest rate which could result in greater survival of young bucks.

While we don’t have data specific to these variables for the southeastern Hudson Valley, we know the number of deer hunters statewide has been fairly stable for the past decade.

Too, we can reasonably assume that if shifts in hunting pressure and harvest rate were the primary driver affecting buck age structure, the same would be true for the adult does. However, the proportion of older does in the female deer harvest has stayed virtually unchanged for the past 40 years.

We know many hunters in New York are voluntarily opting to pass up shots at young, small-antlered bucks.

The effects of hunter choice in the southeastern Hudson Valley are dramatic and a great example for hunters everywhere of what can be accomplished when hunters choose to Let Young Bucks Go and Watch Them Grow! 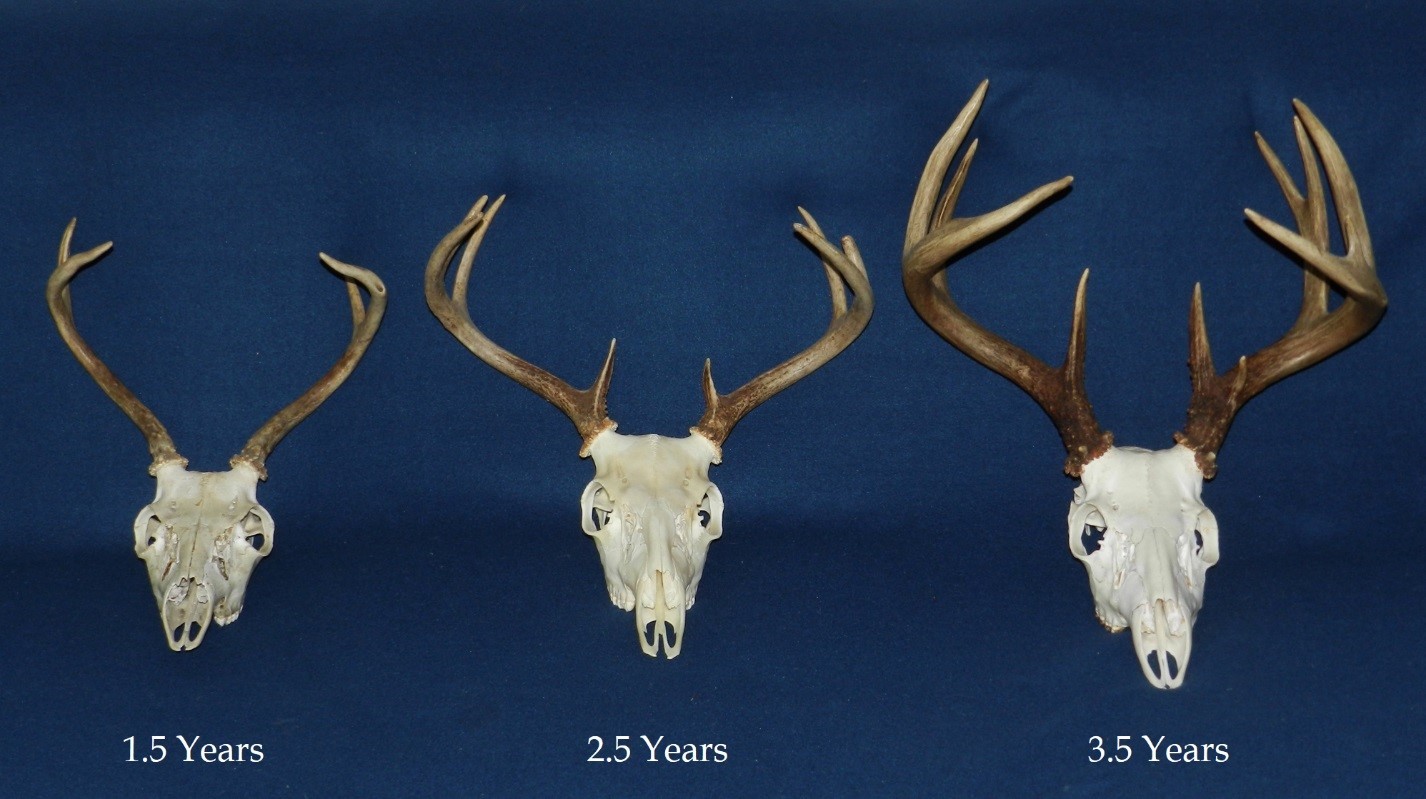